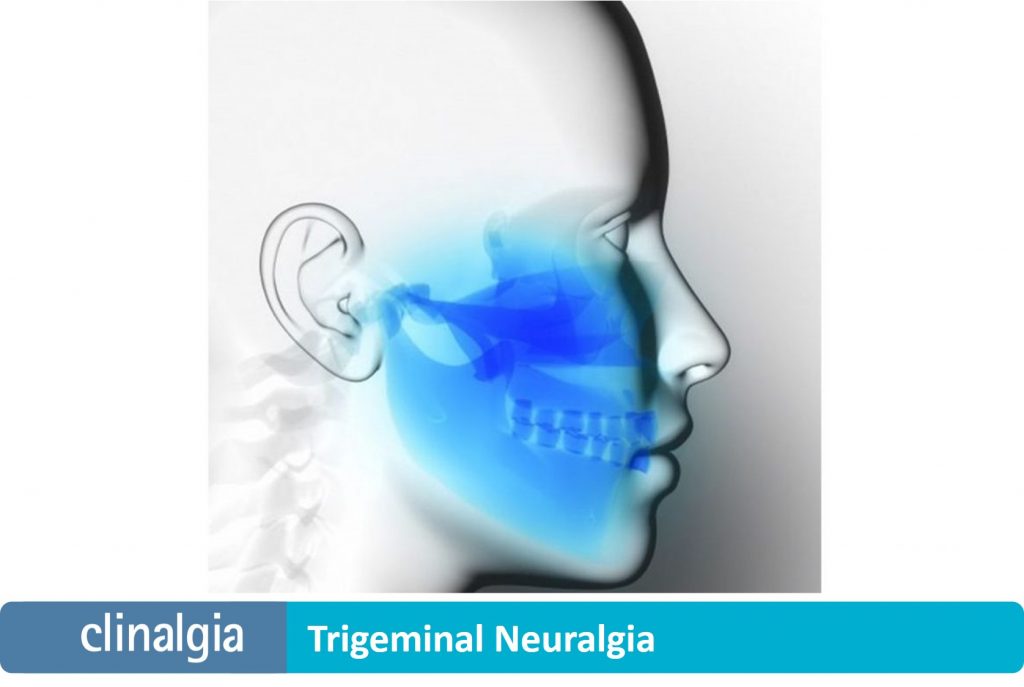 Pain related to the trigeminal nerve is usually unilateral, in the form of crises, corresponding to one or more of the three branches of the nerve.

What is trigeminal neuralgia?

Trigeminal neuralgia is a type of chronic pain affecting the face. It causes pain, sudden burning or a feeling of extreme shock.

The crises are strictly confined to these areas and involve outbreaks of very severe, incapacitating, immobilizing pain, which prevents any activity.

The pain is usually defined as “ramps”, or “electric shocks”, which generally last seconds and are triggered by the slightest stimulus: rubbing against the skin, blinking, chewing or swallowing (1).

These painful crises can occur isolated in time, or follow one after the other, continuously, without allowing the patient to relax, generating fear and anxiety.

Trigeminal neuralgia was first mentioned in a medieval Persian text, shortly after the year 1000, although it was not described in the medical literature until 1677 (2).

Its cause was unknown for years, although already in this writing the possibility of a blood vessel irritating the nerve root by compression is referred to, a hypothesis that was not proven until the recent 1970s (3).

Currently, three types of trigeminal neuralgia can be classified:

The treatment of choice is the administration of carbamazepine or oxcarbazepine, the antiepileptic drugs with the highest level of evidence.

Systemic ozone therapy, perfectly tolerated, has demonstrated its protective efficacy in these organs, and can be an alternative in delicate patients who need this medication to have quality of life (5-12).

If vascular compression is detected, treatment with microsurgery to free the nerve root will be considered (13).

In cases in which the neuralgia does not respond to carbamazepine or oxcarbazepine, other medications can be tried, generally central nervous system depressants, since the aim is to reduce the excitability of the trigeminal neurons.

Baclofen or lamotrigine, among others, could be tried (14).

If a single drug is not effective, a combination of several drugs may be used.

In any case, doses and medications should be adjusted sequentially, according to the efficacy and tolerability of each patient.

Alternative treatments
If there is no improvement with pharmacological treatments, we would move on to invasive treatments, firstly by carrying out small peripheral blocks on the “trigger” areas (whose stimulus “triggers” the crises).
These can be repeated periodically, as they are hardly bothersome and the risk is minimal. This strategy has been shown to enhance the effect of medication (15).
An alternative for the most stubborn cases would be percutaneous rhizotomy.
This involves selective injury (thermal, chemical or compressive) to the affected trigeminal ganglion or roots.
Not without complications, this technique has shown favourable results, always in expert hands (16).