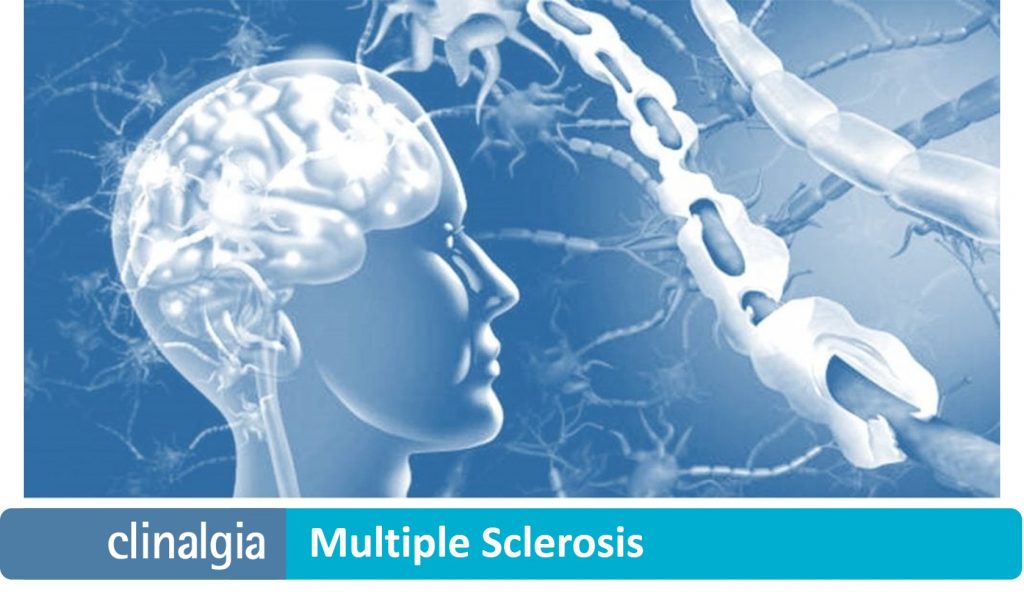 In multiple sclerosis, the immune system mainly attacks myelin, which is a fat that coats the nerves to help them transmit nerve impulses correctly.

As a result, the speed and rhythm of nerve conduction will be affected, resulting in different symptoms depending on which parts of the nervous system are most damaged.

If the trigeminal nerve, responsible for the sensations of the face and mouth, is altered, severe pain crises will appear, perceived as “electrical ramps” (trigeminal neuralgia).

Other symptoms will be muscle weakness and atrophy, difficulty in maintaining balance, vision defects, or dysesthesias, which are strange sensations such as tingling, numbness of an area, strange tactile sensitivity, etc.

The disease usually presents with outbreaks, after which the patient may worsen or return to the way he/she was before.

In the most severe cases the deterioration is progressive and functional capacity, including respiratory capacity, is significantly lost.

The disease is more frequent in women, between 20 and 40 years of age.

The fact that it affects several members of the same family justifies a genetic component.

Treatment is complex and multidisciplinary, under the supervision of a specialist.

There is no cure, but drugs that slow down the hyperactivity of the immune system (so that it stops attacking the myelin sheaths) can modulate the process and prevent outbreaks.

A disadvantage of the medication is that it is sometimes poorly tolerated, and by lowering the activity of the immune system, patients may become more sensitive to infectious processes.

Researchers from different universities have shown that medical ozone applications promote the activation of Nrf2 in patients with multiple sclerosis, which decreases oxidative stress levels, improves communications between affected neurons and regulates the immune system.

In addition, systemic ozone will protect the organs sensitive to the medication making it better tolerated.